When Nexus Hospitals first approached Macquarie Bank in 2015, it had two hospitals and a big idea to transform Australia’s private healthcare model. Working in partnership with surgeons, it would focus on running hospitals efficiently so healthcare professionals could focus on delivering exceptional patient care and outcomes.

“Elective surgery is life-changing surgery – it’s being able to see again after a cataract operation, or walk again after a hip replacement. But Australia’s private healthcare model isn’t sustainable financially,” explains CEO Andrew Petering. He sees Nexus as a disruptor for positive change – with long-term benefits for patients, surgeons and Australia’s healthcare budget.

With initial private equity funding, Petering’s team had tested the proof of concept. They now needed a banking partner willing to take a “leap of faith” in the business plan, and be prepared to grow with them.

A platform for growth

The model grew quickly. Five years later, Nexus manages 15 private day and short-stay hospitals around Australia. Every hospital acquisition deal has been different, and Macquarie put time and effort in to understand the business.

“They’ve toured every hospital with us, learned how we assess them – and what works and doesn't work when we try to grow them. I think this gives them confidence in what makes our business tick,” says Petering

For example, when the opportunity to acquire Canberra Private Hospital came up, Petering knew it was losing money but it was also an “extraordinarily good hospital that just needed better management.” Macquarie backed this judgment and funded the deal, and Nexus has been able to turn the hospital’s profitability around.

Petering says having more scale makes it easier to manage such aggressive growth. “We have more runs on the board, and more robust governance and systems. And that makes open and transparent reporting back to the bank simpler too.”

Tough times are a true test for any relationship, and this was certainly the case for the healthcare operator during a global pandemic. When elective surgeries were temporarily banned in March 2020, Nexus’ volumes (and revenues) immediately fell by 70%.

“What matters most to me is the relationship, and that’s even more important in times like this,” says Petering. “Macquarie understood the fundamentals of the business and that the impact of COVID would be short-term, and were very supportive.”

While other private operators were quick to let nursing staff go during the crisis, Nexus put its people first. Thanks to their calm and empathetic leadership, Petering and his team attracted 25 new doctors into the hospital group. With new opportunities for growth, it appears the business will emerge stronger.

Knowing Macquarie believed in the model and would continue to back them has given the Nexus team confidence. “As a bank, Macquarie is pragmatic, adaptable, and timely in their response. It’s a relationship based on mutual respect,” says Petering.

“Nothing ever goes completely according to plan. But they’ve come on the journey with us, and continue to deliver what we need to keep growing the business.” 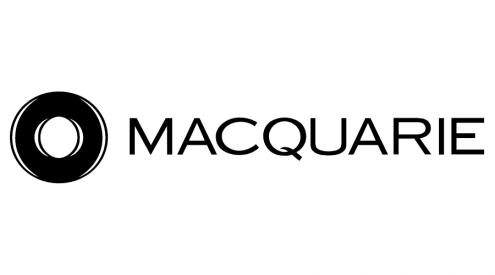 Relaxing Restrictions in Victoria puts Limestone Coast Border at a High Risk from Coronavirus
15 hours ago, Published By Victoria

GPs in Areas with High COVID Cases Should have Their Respirators Fit-Tested
6 days ago, Published By Victoria