Schizophrenia is a severe and chronic mental illness. It is marked by disturbances in thought, perception and behaviour.

People who have schizophrenia will commonly experience hallucinations (hearing voices or having visions that are imagined) and delusions (fixed and false beliefs).

Schizophrenia is characterised by psychosis resulting in distortion in thinking, emotions, language, sense of self and behaviour (WHO 2019).

People with schizophrenia are vulnerable to human rights violations both in mental health institutions and in communities. This discrimination can impact access to healthcare, education, housing and employment (WHO 2019).

Schizophrenia affects a person’s ability to function in settings such as work or school and in social relationships (Healthdirect 2018).

WHO calculates that of people who have untreated schizophrenia, 90% live in low- and middle- income countries - this statistic is influenced by a lack of access to mental health services. It is known that people with schizophrenia are often unlikely to seek care (WHO 2019).

Schizophrenia affects every 1 in 100 Australians and approximately 20 million people worldwide (Healthdirect 2018, WHO 2019).

Schizophrenia usually begins between the age of 15 and 25, but it can occur later. In rare cases, it can begin in childhood (Your Health in Mind 2017).

This disorder is slightly more common in men than in women and men tend to show symptoms earlier than women (Your Health in Mind 2017).

Research has not identified a singular cause of schizophrenia - it is thought to be a combination of genes and a range of environmental factors such as trauma, stress, problems at birth and significant drug use (WHO 2019; Reach Out 2020).

Two or more of the following must be present for at least one month or longer. At least one of them must fall into the categories of 1, 2 or 3:

The impact a schizophrenia diagnosis will have on someone’s life is not possible to measure because the symptoms, severity and pattern of illness over time differ vastly between people. The consequence of the illness also depends on the treatment and support they receive (Your Health in Mind 2017).

The likelihood of being unable to work or live independently is higher when schizophrenia remains untreated for a long time or when a person does not get support (Your Health in Mind 2017).

Symptoms of Schizophrenia (as Recognised by the DSM-5)

Schizophrenia is a long-term illness. It takes at least six months of symptoms to be diagnosed and treatment is recommended for two to five years (Sane Australia 2017)

The most common pharmacological treatment for schizophrenia is antipsychotic medications. These influence the way the brain responds to chemicals such as dopamine. They can be useful for dulling frightening experiences such as unwanted visions or sounds. However, these medicines may have side effects (Reach Out 2020).

Psychotherapy for schizophrenia can help to implement coping strategies for dealing with stress and improving quality of life. Therapy has been shown to be particularly effective in people who hear voices. Therapies include cognitive behavioural therapy (CBT), acceptance therapy and commitment therapy (Reach Out 2020).

Improving general health and reducing stress may make it easier to manage the symptoms of schizophrenia. Activities to reduce stress may include art, music, exercise and support recovery. Getting adequate sleep and avoiding drugs and alcohol is advised (Reach Out 2020).

Assistance in terms of study and work may be useful in reducing stress for people with schizophrenia (Reach Out 2020).

95 Views
Explore more
Save this Listing 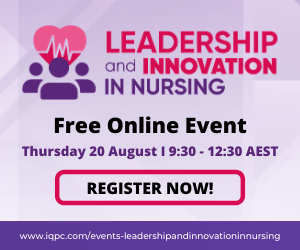