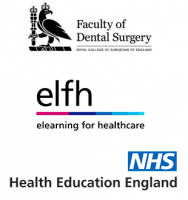 The session compares the national NHS dental contract retained in Scotland and Northern Ireland with the new local contract in England and Wales. It looks at the effect of the different regulations on the delivery of NHS dental care.

Prior to April 2006, NHS dental care was delivered through a national contract which was broadly similar in England, Wales, Scotland and Northern Ireland, although there were a few local variations. The regulations formed the basis of individual dentist’s contracts with the NHS.

Michael Watson qualified as a dentist in 1965. He stared his career in the Royal Army Dental Corps, serving in both the UK and Germany. During this time he took a BSC Economics degree as an external student. On retirement from the Army he set up his own practice in Manningtree on the Essex/Suffolk border.

In 1991 Michael left general dental practice and went to work full time for the British Dental Association in London. He held various appointments there including editor of BDA News and Special Advisor, in which capacity he was closely involved with Options for Change, the 2003 Health and Social Care Act and the early stages of the 2006 ‘new’ contract.

Michael Watson appointed OBE in 2002 and left the BDA two years later on retirement. Since then he has kept in touch with the new contract and dental politics, writing extensively in the dental press, lecturing and giving advice on a consultancy basis. He is co-author of the only book on the new NHS contract: Understanding NHS dentistry.