Listing 3 jobs posted to this category within 90 days!

About Healthcare and medical jobs in Blue Mountains & Central West 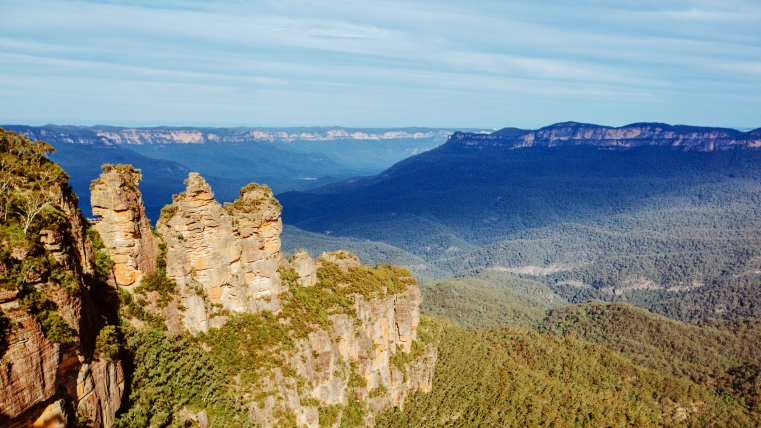 Driving west from Sydney, once you leave the tangle of suburbia, the Great Western Highway takes you to a ridge of beautiful hills on the horizon, called the Blue Mountains – so-named because a vapour from the valleys of eucalyptus trees gathers in the atmosphere giving it a bluish tinge. It’s not just the landscape that is spectacular, with its magnificent views, but also the picturesque towns that are dotted all along the way.

The Blue Mountains border Sydney’s metropolitan area on their eastern side; The foothills starting about 50 kilometres from the city and rising to an elevation of 1300 metres, with rugged highlands, valleys, rivers and lakes. On their Western slopes, with the landscape getting flatter and drier beyond, lies a region called the Central West, which has vineyards, farms and towns with historic architecture dating from the mid-1800s. Major population centres include the cities of Lithgow, Bathurst and Orange. The town of Katoomba is the base for tourist activities in the area. Bathurst and Orange are home to campuses of Charles Sturt University.

The Blue Mountains and Central West are highly accessible with a network of roads, making this scenic region great for day trips, weekend getaways or extended holidays. Located just 1-2 hours from Sydney, with the furthest city at about 3-4 hours, it is easily accessible by train, bus and car, with regular services throughout the week and weekends.

While the economy of the Blue Mountains relies primarily on tourism, the Central West is rich in natural resources; agriculture and mining are significant drivers of growth. Increasingly manufacturing, health and education have taken on a significant role in the region’s $9.65 billion economy.

Health professionals in this region are supported by the Nepean Blue Mountains Primary Health Network (PHN) and the Western NSW PHN. The health services include Major Referral Hospitals (Nepean, Orange and Bathurst), District Hospitals, Rural Hospitals, Affiliated Health Services, Primary and Community Health Services, and Mental Health Facilities. Health Care and Social Assistance is the largest employer, making up 17.4% and 12.5% of all employees in the Blue Mountains and Central West respectively.

The affordability of housing in the Central West is what inspires people to make the move from the metro. The median house prices range from about $300,000 in Bathurst to $340,000 in Orange. Renting costs a median of $210 to $225 a week. This region offers the best of both worlds – a beautiful country lifestyle and proximity to Sydney with effective transport.

Do you wish to pursue a medical career or find healthcare jobs in Blue Mountains and Central West NSW? Browse jobs here