Listing 4 jobs posted to this category within 90 days! 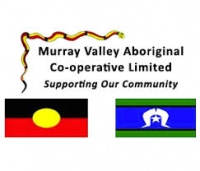 Living and Working in GP Jobs, Practice Nurse Jobs in Mildura and the Murray, VIC

People who make the move to Mildura do so to spend less time commuting to work and more time enjoying sport and recreation, festivals, delicious produce and award winning restaurants, as well as to enjoy the warm climate.

The region’s economy is largely based around agriculture and aquaculture and food and beverage manufacturing, owing to Mildura’s position on the Murray River and the irrigation of the surrounding land.  The city is also an important hub servicing surrounding mining and resource towns and agricultural areas.

An estimated 53,000 people call the region home, with 31,000 of them living in Mildura itself. The city is home to a variety of top quality educational institutions including public and private primary and secondary schools, university campuses and TAFE. There are a variety of sporting facilities in the town as well as arts and culture opportunities such as art exhibitions and festivals.

Healthcare Jobs and Medical Careers in Mildura and the Murray, VIC

There are three hospitals in the region, as well as specialist health services. Health care and social assistance is the second biggest employment sector in Mildura. Accounting for 12.69 per cent of local jobs.

Housing in Mildura is more affordable than in Melbourne. The median house price is $258,000  while the average rent is $300 per week.