Understanding Organ and Tissue Donation - The GIVE Trigger

For those Australians facing chronic illness, disability and death, organ and tissue donation is a well-established means of effective treatment. Yet despite recent advances and reforms that have resulted in strong growth in donation rates, the demand for donors continues to exceed availability (Organ and Tissue Authority 2014, p. 5).

Transplantable organs can be the heart, lungs, kidneys, liver, pancreas and intestine, and possible donation tissues include heart valves and other heart tissue, musculoskeletal tissue, skin and parts of the eye (Organ and Tissue Authority 2016). Nurses have the power and responsibility to be an advocate for their patients and their loved ones, as well as future donor recipients, by knowing when to refer any potential donors on to relevant teams.

The way in which a person dies influences which organs and tissues are available for donation and the way the donation process occurs (Organ and Tissue Authority 2016). Before donation can take place, death must be determined in one of two ways: brain death or cardiac death.

All deceased persons can be referred as potential tissue donors. Subject to medical suitability assessment and relevant donor checks, the process may or may not go ahead. Most tissue retrieval can take place up to twenty four hours after death, and age limits range from sixty years for heart tissue, to ninety nine years for eye tissue (Curtis & Ramsden 2012).

When there is severe brain injury, an increase in the intracranial pressure causes inadequate perfusion pressure of the brain. This creates a cycle of marked cerebral ischaemia and oedema, which in turn further elevates intracranial pressure (Australia and New Zealand Intensive Care Society [ANZICS] 2010). Once intracranial pressure exceeds systemic blood pressure, and therefore ceasing intracranial blood flow, death of the whole brain and brain stem occurs (ANZICS 2010). Severe head injury, stroke or haemorrhage, tumours or infection are all causes of brain death.

The Australian and New Zealand Intensive Care Society (2010), states that determination of brain death must be conducted by two senior doctors, performing the same set of tests to see if the patient has any of the following:

In certain circumstances where clinical testing of brain death cannot occur, such as facial trauma or the presence of sedative drugs, then a CT angiogram or perfusion scan are conducted to check for blood flow to the brain (Curtis & Ramsden 2012).

Once brain death has been determined, and if organ donation is to go ahead, the patient is then transferred to the operating theatre where the organ and tissue retrieval surgery will take place. The ventilator is removed during the operation and the patients’ heart will stop beating (Organ and Tissue Authority 2016).

The signs of cardiac death or cessation of circulation and absence of life are well known and commonly seen in medicine. It can occur suddenly or after a long illness, and the patient may not necessarily be brain dead, but has sustained such severe injuries that they cannot breathe on their own (ANZICS 2010). Once it is clear that ongoing treatment while the patient is on the ventilator will be unsuccessful, and if organ donation is to be attempted, the patient is moved to the operating theatre where the ventilator is turned off. Organ donation can only go ahead if death is determined within ninety minutes of turning off the ventilator, as the organ will begin to deteriorate after this time due to lack of oxygenation (ANZICS 2010).

Cardiac death is determined when all of the following have occurred:

The early identification and referral of potential organ and tissue donors can be initiated in most cases in the emergency department, through the use of the GIVE clinical trigger. It denotes part of the systematic approach to organ and tissue donation and asks staff to contact their applicable donation team, whether it be a hospital-based liaison or state donation agency, when no further treatment options are appropriate or available, and the patient meets the trigger criteria.

The end of life discussion with family members or guardians may or may not have been conducted at this stage, however this does not mean referral cannot be made, and in some cases the donation team may be the most appropriate people to approach the possibility of organ donation with those involved in the decision.

With Australia’s aging population and the incidence of chronic disease on the rise, further improvements in donation rates and transplantation outcomes need to be made in order to meet the current and future needs of those requiring organ and tissue donation. Nurses are often the ones directly involved in patient care, and the main contact for patients’ families and loved ones. As already mentioned, this enables us to be able to foresee and refer any potential donors in a sensitive manner, allowing for an informed, dignified and respectful decision making process.

Natalie is a Critical Care Registered Nurse who started off her nursing career in a rural setting before migrating back to Melbourne where she now works in a busy Emergency Department. Natalie comes from a science background, holding a Bachelor of Science (BSc) with majors in anatomy and physiology, before deciding to change career paths into nursing. She undertook a Master of Nursing Practice (MNP) and has never looked back, going on to complete her Graduate Certificate in Emergency Nursing and developing a keen interest for trauma assessment and management. See Educator Profile 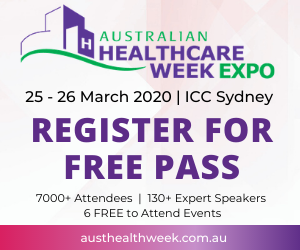 Enquire Online - Understanding Organ and Tissue Donation - The GIVE Trigger