Endorsed By
Faculty of Dental Surgery

This session will introduce you to dentine bonding and its various steps. The composition of Dentine Bonding Agents will be described together with how the various steps can be combined.

For many years there has been confusion and disagreement over how to bond to dentine.

This skill has become more important in the last two decades partly due to socio-economic conditions and the general notion that attractive teeth and gums indicate good overall oral health. 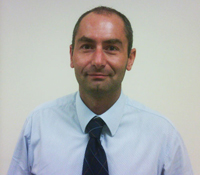