Listing 13 jobs posted to this category within 90 days!

You will be replacing a recently fellowed doctor with an established patient base who is now moving back to the city, Up to 75% of Billings for VR GPs
Job Classification
General Practice / GP
Posted By:
HealthcareLink On-Demand Support
Job Type:
Permanent
Salary:
% on Billings - 65% to 70%
Start Timeframe:
Immediately
Posted Date:
17-Jul-2022
Kingsdale NSW 2580
Save Job
View Job

12 Next ->
About Healthcare and medical jobs in Goulburn & Southern Tablelands 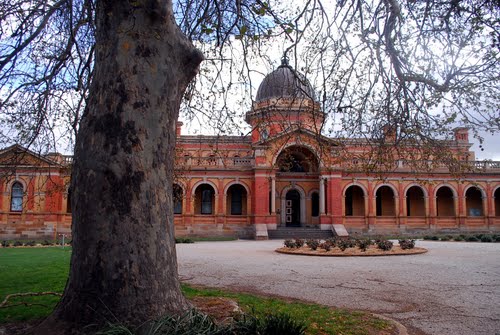 Located south-west of Sydney and west of the Great Dividing Range, the Southern Tablelands area is characterised by high, flat and rugged country. The region retains its heritage as an important part of Australia’s early history. And here, at the confluence of the Wollondilly River and the Mulwaree River, lies Goulburn, dubbed ‘Queen city of the South’ and acclaimed to be Australia’s first inland city.

The major cities of Southern Tableland area have managed to capitalise on the region’s proximity to Sydney and Canberra, easy reach to South East Australia. Strategically located, a mere 190 kilometres away from Sydney and only 90 kilometres from Canberra, the main centres within the region – Goulburn, Yass and Crookwell, attract industry and investment.

Goulburn with an estimated population of 29,550 has the greatest number of young adults. It is also one of the largest cities in the region and plays a central role as a rural hub for the surrounding agricultural and pastoral practice. The region has been well-known for its fine merino wool which is exported all over the world. Strong health, tourism and retail sectors provide excellent employment opportunities. Healthcare and social assistance provides for over 3000 jobs in Goulburn alone.

Beautiful and alluring outdoors with a great many parks, canyons, caves and abseils offer delights to residents and tourists. However, it is the monument ‘The Big Merino’ – the world’s largest concrete sheep, that takes away the prize.

The Goulburn Medical Clinic (which was established in 1946), is the most longstanding medical practice in the city. In fact, it was the first group practice established in NSW. The Primary Health Network (PHN) area for the region is South Eastern NSW. The PHN includes the Goulburn Hospital, as the medium regional hospital that provides comprehensive healthcare for the larger community. The hospital includes a number of services and features a state-of-the-art emergency department.

Public transport within Goulburn consists of the local taxi and bus service. Goulburn has well connected roadways like the Hume Highway leading to Sydney, and the Federal and Hume Highways leading to Canberra. Goulburn is a railhead on the Main Southern line and the city airport services light aircrafts.

Goulburn offers moderately affordable housing, median housing price in the range of $374,000, and median weekly rent of $185, and remains popular among a diverse range of buyers. The government too has played its part in developing the realty market by consistently increasing and enhancing opportunities for affordable housing.

Do you wish to pursue a medical career or find healthcare jobs in Goulburn and Southern Tablelands NSW? Browse jobs here